Reflections at the End of the Journey 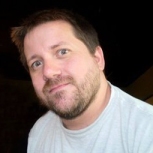 I have learned a lot from this project. While there was a lot to take in, what advice I could offer to others planning a similar project is pretty straight forward.

First and foremost is stay flexible. The nature of this type of media makes being rigid more of an obstacle than a boon. Rigidity stifles the creative process in this medium because, as great as we’d like to think we are and how capable we are at covering all our bases, often times, another perspective can breathe fresh air into something that runs the risk of growing stale if we remain rigid. As we tried to maintain a modicum of realism, flexibility is much of how life is in that as much as we plan for things, sometimes it just doesn’t turn out how we expected.

Secondly, remember this is only your imagination. There is no need to get too attached to your imaginary persona and realize when someone slights your characters or NPCs it’s not a slight against you. This ties into the first point in that just because they don’t go along with what you laid out as a plot doesn’t mean they don’t respect you. Perhaps they simply see an opportunity to expand their storyline in the overall story arc.

Third, expect friction. With as many people as there are in the world, it is impossible to have all personalities of actors mesh together. Some may fall into the category of “Mary Sue” where they are simply good at everything and some even border on what is known as “godmodding,” which is playing a character with super powers who, for whatever reason, cannot be touched or hurt by others. Of course, there are many who simply go with the flow but for those who fall into the latter two cases, this leads to my fourth pointer.

Establish precedence early and be sure to nip these things early. If you don’t, you can’t expect the individuals in question to change their roles without causing a lot of interruptions. Having said that, one should still stay more in the background instead of always in the forefront micromanaging the story. It takes away from the fun . . . which leads to my final point of advice.

Have fun. Sure things are crazy and out of hand, but in all due honesty, if they aren’t dominating the story, who cares? Just have fun and let the story go where it may. It may prove to be the most interesting story of all.

Storytelling in AURELIA: Reflections From Launch 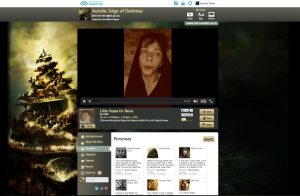 Back in June, I wrote a post about structuring the story of Aurelia. Theatrics‘ unique actor-response model has only been used a couple of times, so my twelve-week arc was tentative at best. What would happen when an unknown number of individual stories entered—and altered—the equation?

The answer to that question still eludes us. But after experiencing the  story at work for the last few weeks, here are a few thoughts:

The truth of this idea did not really hit me until this past weekend, as I began assembling our fledgling show wiki, powered by Wikia. In traditional role play environments, players refer to and work within the guidelines of an often-huge “world bible.” While Aurelians have asked this type of content—and our team continues to deliver—we also encourage actors to consider their own self-generated details, props, and lore as part of that “world bible.” The team may set guidelines, but actors ultimately bring the world to life. Their vision of Aurelia is as important as ours.

In traditional role play or theater environments, interaction happens synchronously. Actors gather at one place and time, to experience community face-to-face. (An exception to this would be text-based forum role play.) By contrast, Aurelia’s story unfolds in smaller visual parts and pieces, one video, blog post, or photo at a time. One might imagine this format impedes the development of community. But our actors are collaborating regularly backstage, helping one another, and even planning social gatherings (in real time), all based on a community that accommodates their individual schedules.

Recently actors have asked if I’ll ever take over the role of a play or film director in Aurelia—telling actors what plots to pursue, or how their characters’ stories should turn out. The answer is always “no.” While I act more like a storyteller in a role play environment, stirring the pot and keeping things on track at a very high level, I also encourage actors to become proactive in choosing which stories interest them, who they want to collaborate, and what will happen next.  Nonetheless, their inter-character decisions will affect how I spin the meta-story. What an adventure!

AURELIA. It’s not quite LARP. Not quite community theater. It’s co-creative, asynchronous, orchestrated storytelling fun. Now if somebody could just come up with a term for that . . .

It’s that time! Time to show off our citizens—the crazy, the clever, and the creepy—who’ve already made Aurelia home. Meet them in this brief highlight reel, then take the plunge by joining them! Email aureliashow@gmail.com for your private invitation to participate in our beta episodes.

Error: Twitter did not respond. Please wait a few minutes and refresh this page.